In Which I Am On Vacay

Hey bloggy pals, I am on vacation for the next week. I will be in the woods of Minnesota, living on a lake where we can fish and knee-board and play board games.
There is no interwebs.

I have lined up a few "reposts" and will return all comments upon my return (insert forboding music here? ummm...yes.)

I was eating lunch the other day and had nothing to watch on my DVR (in case you didn't know, my job lets me work at home, which is just as awesome as you think it is and also full of more sweatpants than you'd guess). Typically I have a swath of TV shows that I tape purely for watching during my lunch break, but Castle is on hiatus as with everything else. Therefore I had to channel surf and I found Little Women. It was half an hour in but I hadn't seen it in a long time so I started watching.

Barring the fact that I forgot Christian Bale was in it: 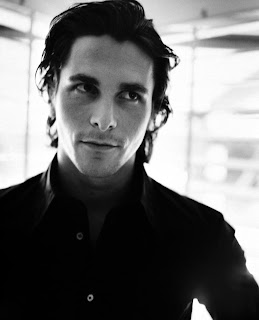 I love you even with your dickery

Along with Gabriel Burns, Susan Sarandon AND Claire Danes, I'd also forgotten how awesome it is. I taped it after my lunch break so I could finish watching it in the evening (which is why I only got 300 words written that night on my WIP. Yes, it was definitely Little Women and not Zombie shooting. Not. At. All)

On a side note Brother apparently says he's never seen Little Women before, evidenced by the fact when he came in he said "What is this crap? It looks stupid." Even though BETH HAD JUST DIED and IT WAS NOT STUPID!

On a side note off the first side note, whenever I think of Little Women I'm reminded of the Friends episode where Monica finds Stephen King's IT in her refrigerator. She discovers that Joey put it in the fridge because it had frightened him, which is apparently his usual solution for books that upset him. So Monica suggests that he reads Little Women instead. He goes through almost the whole book thinking Jo is a man and Laurie is a girl. At the end of the episode Joey is all upset that Beth died and Monica's solution is for him to put Little Women in the fridge.

Back to the first side note - I do think Brother has seen Little Women, he just probably doesn't remember.

Back to the main point of the post. I was thinking about how Jo was writing, more or less, genre fiction and Friedrich is all "oh it's good but I know you can do better" and blah blah blah and I'm all like "Maybe Jo wants to write about zombies and steampunk and maybe you should just shut your mouth Friedrich" but not really because it's Gabriel Byrne and I lurve him. 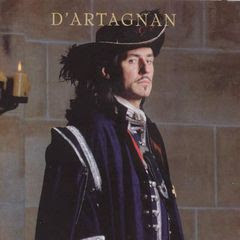 I love you D'Artagnan - I mean Gabriel.

So then Beth dies and it's sad (AND NOT STUPID) and Jo takes one night (HAH!) to write a new wonderful novel called *Gasp* Little Women (and I freak out because of the paradox of her writing the book that the movie is based on that I'm watching where she's writing a book and...well you get it. Mind Freak!)

And even with all of that other crap going through my head, the one thing I really come away thinking is that Jo is a piece of crap because apparently she can write both fiction AND non fiction.

I took a creative non fiction class in college. I was a senior and the next semester I would take my senior project class which involved Fiction writing and then a semester after that (because I needed 4.5 years to get enough credits to graduate so my last semester was filled with pure fun stuff including beginning fiction writing which I had skipped over originally when I went straight to intermediate fiction writing. Talk about an easy class. Beginning Fiction I mean) I would take an MFA fiction writing class even though I wasn't working on an MFA.

I'm totally losing myself in my own train of thoughts here. Anyway I took a single creative non fiction class. And I was HORRIBLE at it. Not only was I horrible at it, I didn't find it very fun. I didn't have anything worth writing about. And I didn't even want to write about me and my past - booooring - I wanted to write about made up crap.

The weird part is, I knew HOW to write good non fiction - I could recognize it when my classmates did it, and I could appreciate a good memoir. But for the life of me I just couldn't apply that to my own writing. I think a lot of the people in the class thought I was dumbish and couldn't believe my major emphasis was in creative writing (I know this is at least partially true because one of the girls in that class would also be in my senior project class which was fiction based and she flat out told me that my fiction was world's better than my non fiction.) My non-fiction work is the only writing that I've willfully destroyed.

I wonder if other writers have this trouble, or if it's just me? I'm not great at poetry, either, but I can pull some of it off. But not Jo March, ho no. Jo can write anything and everything and get it all published while simultaneously finding herself a man. Apparently she's like the Avatar of writers. 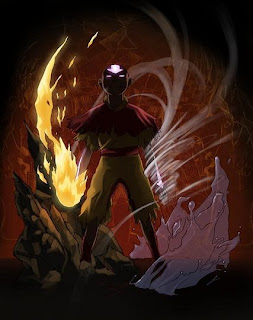 I would give much to be an airbender

So anyway, here's what all this rambling comes to: Little Women, I love you, but Jo March can suck it.

Have fun on vacation! Oh, and thanks for that pic of Christian. What a nice way to start my day. :)

Have a nice vacation.

All the best, Boonsong

Sarah, I hope you have a FABULOUS vacation in the boondocs! Sounds wonderful (though take lots of mosquito repellant)

Enjoy the beautiful North MN lakes and woods! I hope the loons don't wake you up too early!

Have a great vacation - but it was Rachel who suggested Joey read Little Women, while she read The Shining, not IT.

I hadn't had a chance to read this yet, great post! I love Little Women.

Have a great vacation1

I hope you're having fun on your vacay.

Christian is YUM. (even with his a-holio-ness)

The whole non-fiction writing being worlds away from creative writing is something I too suffer from.

You are not alone!!!