In Which I Receive A Promising Rejection

My short story Hole Ridden has been out on submissions for just a little over 2 months. 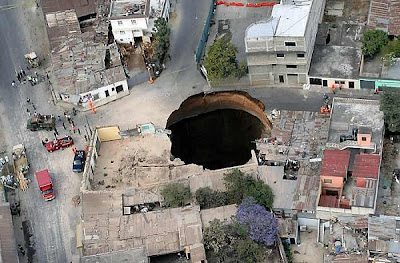 It's received two rejections, all very nice, but I recently received a third, promising rejection.

More or less they said they can't accept it now, but if I wanted to make it a bit longer and perhaps draw more of a connection between the MC and the otherworldly aspect (the hole) they would be excited to take a look at it again.

Which is, of course, very exciting. Puts me one step closer on the road to publication.

Of course, now I need to figure out how to make it longer and rework it some. I'm not so worried about the reworking, but I am a little intimidated by the "making it longer" aspect. Since I don't make things longer. Ever. I always cut cut cut.

Ah well, hopefully the re-working will lend itself to a longer length. The key is to rework some of the middle without effecting the end and beginning all that much. Especially the end. The pacing is too tight, so any messing around in there could really muck it up.

How's things for everyone else? Anyone have a short out on submission as well?
Posted by Sarah Ahiers at 7:00 AM

I always like it when they write back something specific. It makes me feel they really thought about the piece before rejecting it.

If they asked to see it again, make a second version of your story and resubmit as soon as possible.

Oooh that does sound promising!

Good luck with the rewrite and lengthening!

Maybe as you develop the connection between the MC and the hole, you'll find ways to make it longer without padding it. Maybe it will hook into a couple of subplots?

Maria - yeah me too. One of the other rejections was personal as well so at least i know i'm sort of on the right track

Misha - thanks so much!

That's great news. Adding can be daunting, but I'm sure you'll figure it out. I worry mine is too short, but I get requests to see it so maybe it's not too off-putting - yet. I have the same problem if they ever ask me to lengthen it. It goes from point to point to point with no break in stride. I worry adding will break the pacing.

Congratulations Sarah! That's great, personalized rejections are the best! At least they told you what to do to make it better (for them).

I'm sure you can add something to the middle to extend it a little. A bomb, a death, a plane crash, something explosive maybe? I don't know but I read somewhere when you need something else just blow something up.

Hey, how about an alien shrew? Or a brain fungus?

I like to add add add so it's a good thing we are in a writing group together. :D I think you can do it and you should do it!!

Whoa, whoa whoa: making something LONGER? I'm with you; that's not how it's supposed to work. ;)

Nothing out on submission, but I did get an idea (and then subsequently wrote most of it in my head during my shower this morning) for Hannah's horror story contest, so I'm excited about that.

How promising. You can do it! I know you can because you're awesome like that.
BTW-that hole picture is quite interesting and strange.

Creepy photo, but cool news. Go for it!

Christi - yeah breaking the pacing would not be fun at all

Piedmont - LOL thanks! And yeah, i've heard that too, about the blowing things up. I wonder where...

Teebore - ooh exciting! You and your brain stories

Christine - thanks! And yes, the hole looks so deep it's creepy

This will be a good writing exercise/challenge for you. :) I have faith you'll rise to the occasion.

I have nothing out on sub...still working on revisions of current WiP.

We have a patch of mushroom out in the lawn right now (due to rain) and it reminded me of you. :) (ours are tiny little fairy mushrooms, though)

That's great news, Falen! Hey, I tend to cut as well, but I'm sure you can do it.

so bury yourself in that hole and start working :)

Tricky stuff, but it’s cool that they gave you encouragement to make it longer.

Good luck with the revisions. I'm sure you can do it. :)

Good luck with the revisions. It's always so nice to receive a rejection with feedback in it.

I have two short stories out for contests that I won't hear back on until November and December. Where are you submitting? I'm not much of a short story writer. I tend to make everything so long they end up turning into novels. Not that that's bad or anything :)

That sinkhole picture scares the crap out of me.

Congrats! That is definitely exciting news. Good luck, and be sure to keep us updated.

Lola - yeah worrying about the sub unfortunately distracts me from the novel. sigh. And YAY mushrooms!

Alex - as teebore said above, cutting is the "right way". ;)

Holly - it is indeed. Makes me all excited

Shelley - thanks! I hope maybe one day you can, in a publication

Nicole - very true. It makes is that much easier to send it out again

Vegas - one of the pubs was Screaming Nightmare and another was Day Terrors, which was only a one time anthology. I thought i'd have to wait for months for each of them, but they all got back to me in less than a month

good news though--always good to have somebody interested in looking again! And the lengthening will be good practice. My current novel came out too short by about 15K first draft (ACK!) but I am almost there--in fact I'm hoping I overshoot by a couple thousand words so I can then go back and 'trim' like I normally do, too... Good luck!

Hart - very very true. And i could definitely use the practice

I think it's fantastic that you're able to see the good in all this. I'm confident that you'll be able to pull it all together. You can do it! :)

That's a rejection you can build on! Congrats!! And good luck with the tweaking. :)

Shannon - thanks! I try not to ever look at the bad side of things