Another thing I haven't gone into much yet on Wednesday Weird are UFOs. No matter where you stand on your belief of aliens and UFOs, there is documented proof of objects in the sky that remain unidentified. Everyone should be able to agree on this. Anything past that is where the arguments begin.

OK, so people on the ground spot UFOs all the time. But you know who else spots UFOs quite frequently? People in the sky. Pilots, airplane passengers, etc. It just makes sense, when you think about it. The Chiles-WHitted UFO Encounter is one of these.

It's not like Pilots are immune to identification errors. I mean, of course they aren't. They're just as human as every other person who mistakes a weather balloon for a craft. Hell, one summer night, a small squadron of old-timey biplanes buzzed over our house, in formation, and Twin, Brother and I raced outside to see what the hell it was. It wasn't until they came back later that we were able to properly identify what the hell it was. Yeah? Yeah.

Clarence Chiles and Charles Whitted were commercial airline pilots and this sighting occurred in the morning of July 24th, 1948.

So, both experienced pilots reported the same thing: some weird torpedo shaped object flying alongside of them. This is a big deal because it's allegedly the first UFO sighting that occurred close distance (within 100 feet or so), because both pilots were decorated for their service in WWII, AND, most interesting of all, it was the main reason that Project Sign (US Air-force study of UFOs) championed an extraterestial hypothesis.

So anyway, it wasn't just some flashing light that zipped past. Both pilots said they got a 10-15 second look at it. And, one of the passengers of the plane who was awake at the time ALSO saw the object. Later, when the Air-Force poked around, they found another witness on the ground (Walter Massey) who worked as a member of the ground crew at the air-force base and reported the object an hour before Chiles and Whitted. Even later, they'd discover that the same object was spotted in the Netherlands, but a month earlier. Everyone who saw it said it looked kind of like a rocket, with two decks lined with windows that glowed with an almost blinding light from beneath the craft. 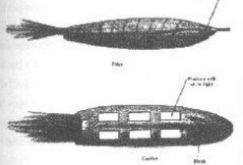 The pilots got on the radio as asked if there were any experimental crafts in the area and there weren't (or at least, none that anyone knew of...)

So anyway, the military at first said it was weather balloon (natch), but then later retracted that statement and said it was a meteor. The pilots said no-way, since they had both seen meteors before and none of them had ever had, well, windows. 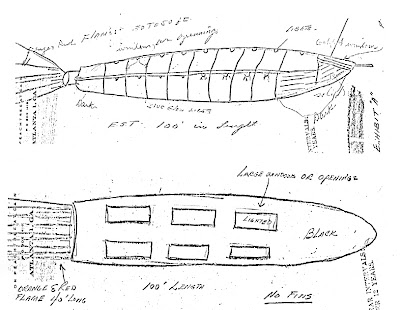 After investigating, the Air-Force famously came back and said they concluded that the object was in fact an alien spaceship.

Until their superiors said no way in hell. They pointed out that just because we don't know what the object is, doesn't mean it's aliens. Which is 100% true and needs to be remembered by anyone in any sort of fringe scientific field.

So where does that leave us? Nowhere. To this day the Chiles-Whitted UFO encounter has never been solved or identified. 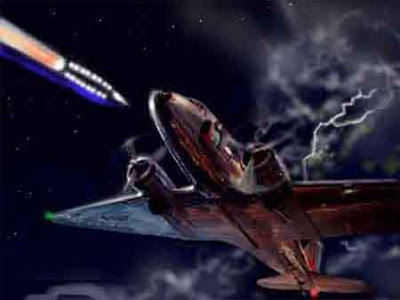 What do you think?

It was probably the Dutch.

That is neat. It very well could have been.

Got me. They are so many of those unsolved sightings from reputable sources. Always interested me as a teen.

I want to say it was a UFO or aliens, but I'm hesitant. Not because I don't believe, but because I feel REALLY bad if it is a UFO because human nature isn't exactly "welcoming" of things that are different than "normal."

Clearly it is a juvenile Sasquatch. If it's not a UFO and not a human, than that can be the only answer.

An alien tour bus off course?

Probably a Viking recon mission. (But seriously, I kinda believe there's other stuff out there.)

oooohhh!
who knows?
no one!
that's the awesomeness of this- the vastness beyond our understanding!

Weirdness! Who knows what the heck it was? *cue Twilight Zone music*

What always kills most "alien encounters" for me is the probing. Yes, these vastly superior beings, who have mastered space/time travel and who communicate telepathically, who laugh at our ape-like understanding of physics - they need to stick wands up our bums to fully understand us. Unless they do it as a psychological test: "For whatever reason, Glokglork-X185, these hairless apes hate this! It mean it, every time we do it, they do not enjoy it. We must continue to do so until we figure out why they hate it so!"
I do believe in aliens! I don't think they poke us in the butt! What, what - in the butt!

In the famous words of Agent Mulder: I believe.

@Anne - Thanks, Human Woman! I know I only put up a post once every 800 years but I gots a new one up if'n you n yore twin wanna tek a gander.

Woah, that's the fastest I've ever transitioned from Alien to Old Timey Hick before!