The WIP It Good Blogfest

It's been awhile since I've participated in a blogfest, but this one sounded fun so I signed up.

Our idea is that on Friday, May 31st, we will provide a forum to allow anyone interested a chance to tell the blogosphere about their most recent [W]ork [I]n [P]rogress. We’ll guide you by providing a few prompts to answer in your own post

How long have you been working on it?: Cumulatively: 8 months. But I wrote the first 50K in 2011, then didn't write the remaining 60K until a year later

Elevator Pitch (if you came across an agent in an elevator ride, what couple of lines would you use to summarize your book): A teen assassin sets out on a path to avenge her murdered family.
Brief Synopsis (250 words or less):


In the country of Lovero where families of assassins lawfully kill people for the right price, sixteen-year-old Oleander “Lea” Saldana sets out on a path of vengeance against the most powerful assassin family of all.


The list of things Lea can count on in her life has never been long: her mother will try to poison her to make Lea a better assassin, she can beat her boyfriend Val in a fight and her bone mask will keep her safe from the angry ghosts as she kills someone in the night. But when she trusts Val, a member of the powerful Da Vias, and reveals the location of her home, she is betrayed and her family is slaughtered while Lea barely escapes as the sole survivor.

Now there’s only one thing left to do: make the Da Vias pay.


The only problem is, the Da Vias have gone to ground and the one person who can find them is her missing uncle, banished from the Saldanas years ago. Even if he can be found before the Da Vias realize Lea escaped their knives, Lea can’t trust him. Hells, she can’t trust anyone ever again, and definitely not her uncle’s too-attractive-for-his-own-good apprentice, Alessio, no matter what her heart and body tell her. How can she trust Alessio when the last boy she loved destroyed everything? How can she fall for Alessio when revenge is all she should care about?


But when the Da Vias kidnap her uncle, Lea has a choice: use him as a distraction to finally kill the Da Vias, or trust Alessio and save all that remains of her family.

So there you have it! I'm off to see the other entries.
Posted by Sarah Ahiers at 7:00 AM 23 comments:

In 1970, a University professor and his two daughters outside of Bergen, Norway, discovered the partially charred, naked body of a woman in the middle of the Isdalen Valley hidden among some rocks. Her body was laced with alcohol and sleeping pills, and had evidence of blunt force trauma on the back of her neck. The investigation that followed was so strange that it landed it on my Wednesday Weird post.


Beside the Isdal Woman, items including bottles of gasoline and liquor, a mostly burnt passport, and a ton of sleeping pills were close enough to have been quickly dropped. But the Isdal Woman herself was difficult to identify. Her fingerprints had been sanded off, and her dental records returned no matches, though it seemed she'd had some work done in Latin America.

Two of her suitcases were found in a safety deposit box at a train station, but all of the clothing inside had been stripped of their labels. There was a prescription bottle, but the label had been peeled off. In addition, the police found several fake passports with entrance stamps from Moscow (this was during the Cold War), and there were 500 deutschemarks sewn into the lining of one of the bags. She also apparently wore a collection of wigs and wrote notes to herself in code.

Despite over 100 eyewitnesses all claiming to have seen her on the days leading up to her death, nobody could agree on anything except that she looked like "an attractive foreign lady in her 30s or 40s." She might have been German, or  French, or Italian or she just might have known how to speak those languages. She used nine different, fake names at multiple hotels around Norway and Europe, and the primary witness, an Italian photographer who'd had dinner with her before she died, said she was an antiques collector from South Africa on a sightseeing trip, but he couldn't remember any useful details. Though it's important to note he had previously been questioned in an unrelated rape case.
She was last seen hiking in, oddly enough, evening wear and being closely followed by two large men in black clothing. The police were so baffled by every single facet of the case that they ruled the Isdal Woman's death a suicide because of course they did.

Thoughts? Theories?
Posted by Sarah Ahiers at 7:00 AM 12 comments:

In Which It's A Holiday

No real post today, since it's a Holiday and I won't be online much, if at all. I was going to return to blogging last week but I was sick. Actually everyone in the house was sick. It was pretty much a miserable week of wanting to sleep but not being able to sleep and being in stupid pain from the neck up and running out of Kleenex because everyone was using them constantly.

But it seems we're on the mend. I still have a cough and I'm sure it will stupidly linger, but at least I'm back to sleeping mostly normal.

Anyway, I hope you have a nice holiday and I'll be back on Wednesday with a new Wednesday Weird (another strange murder mystery) and I hope to see you here! 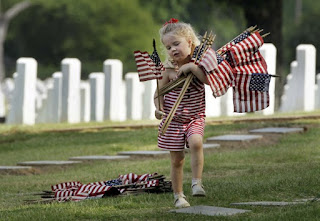 Email ThisBlogThis!Share to TwitterShare to FacebookShare to Pinterest
Labels: Holidays

In Which I'm On Vacay

Hey all! I'm on vacay this week, which means no blog posts (and probably no blog post next Monday, either, just due to a conference this weekend).

It's supposed to be warm this week, which means gardening (of course, we went to the cabin to put the dock in this weekend and couldn't, because of the 3 feet of ice still covering the lake. And it snowed a little bit up there on Saturday. Yep. Minnesota).

See you all next week!
Posted by Sarah Ahiers at 7:00 AM 5 comments:

YES! WOOO!! We did it, ape-friends! We made it through another week and now we have reached the weekend!


It's extra exciting for me, since we will be going up to the cabin for the weekend. And the snow is finally gone (crossing my paws that it stays that way)

So let's get your weekend started off with some fun! 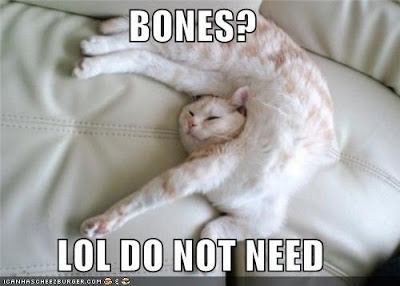 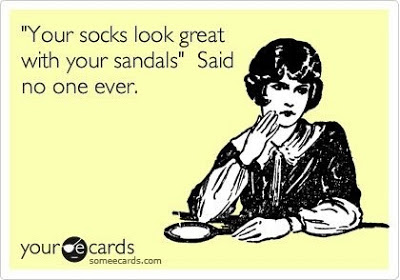 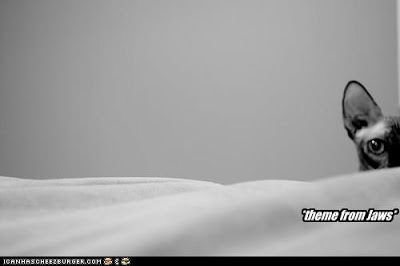 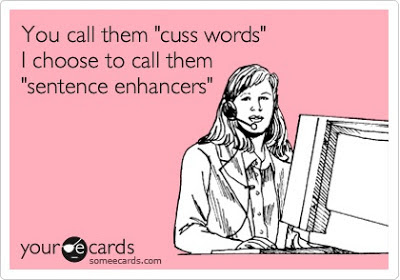 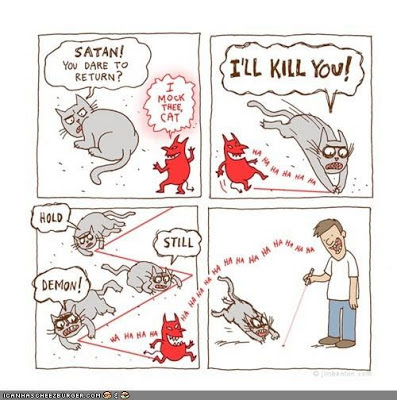 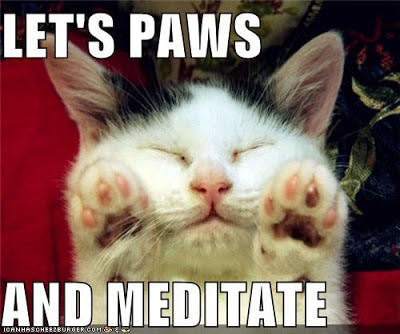 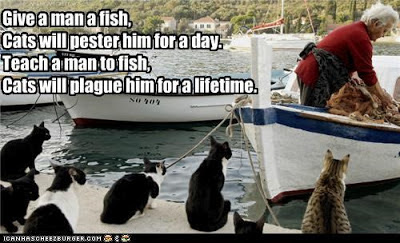 
On October 19th, 2003, a man was looking for objects of historical value in the ghost town of La Noria, a ghost town in the Atatcam desert in Chile.

Near an abandoned church he found a white cloth containing a strange skeleton around 6 inches in length.

It had nine ribs, hard teeth, a bulging skull with a nob on top.

People didn't know what it was. Which, makes sense, because look at it: 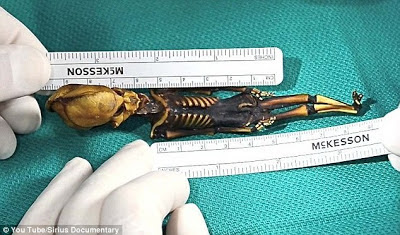 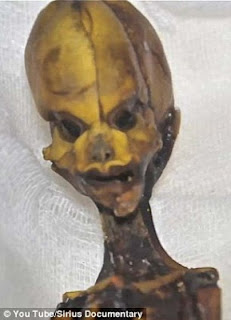 Some people thought it was the remains of a fetus. Or perhaps a monkey. Others thought that finally, here was proof of extra-terrestrial life on earth.

Was it any of those things?

It turns out, no, it wasn't. DNA testing released this year (2013) confirmed that the skeleton was indeed human, but a child (probably) between the ages of six and eight. 91% of the genome matches the human genome, and the 9% that doesn't match could be due to multiple factors, including the quality of the specimen and techniques used. It's mitochondrial DNA, though, show that it's mother was a Chilean woman.

They're not sure how old the bones are, but probably at least a few decades.  The genetic mutations that created it are still unknown, though it's clear the child lived for quite a few years, despite its tiny size.

In Which I (Still) Revise

Revising. Revising. Revising. That's what I'm doing right now. Well, it's specifically what I WANT to be doing. I'd say I've only been about 60% successful the last few weeks just because of work, and MFA application stuff and other junk.

I really need to work on emotional things throughout the whole MS, as well as some entire MS setting work and theme weaving and junk, but for that I'm going to need to print the whole bad boy out and get to work with a pen. Which is fine, I'm looking forward to it, but I don't want to do it until I'm fairly set on the big picture things that have happened. So until that happens I'm just kind of...tinkering I guess. Which is fine. Stuff gets done. But it doesn't get done quite as fast as I want it to.

So, yeah. Just keep on keeping on I guess. 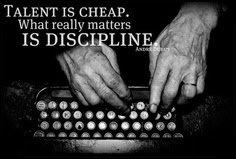 How about you? How's your WIP going? How was your weekend? Did you see Iron Man 3 (because I did. I saw it HARD)

Now that the word has lost all meaning, let's get this weekend started off with some fun!! 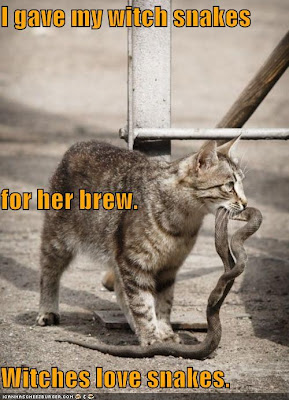 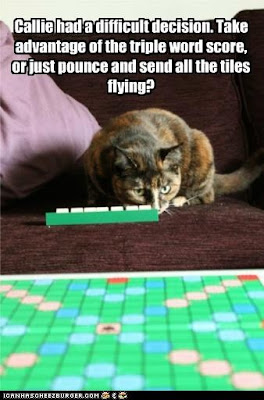 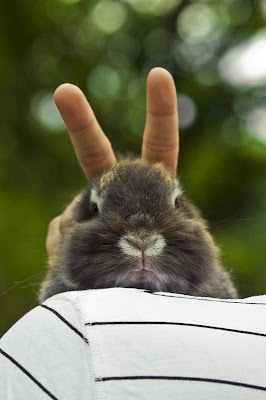 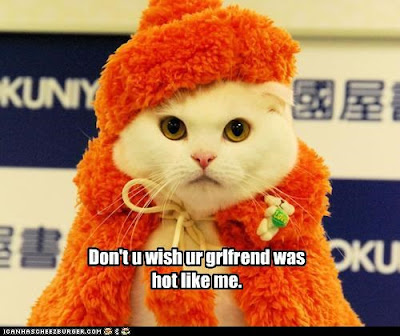 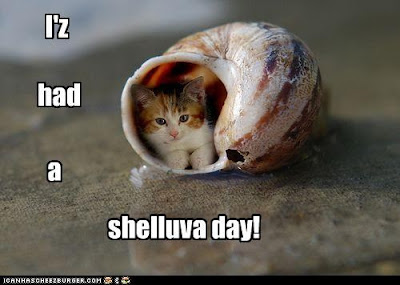 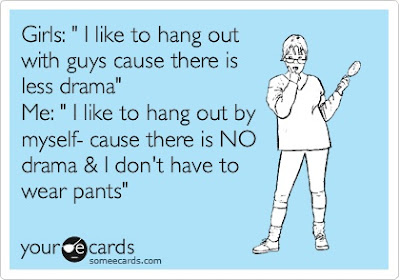 Holy crap, I alllllllmost forgot to write this post.

And I don't mean the IWSG post, I mean the whole dang blog post! Got distracted by the sparkly things on the interwebs.

Anyhoo, I'm feeling pretty good right now. Last week around this time I was feeling slightly insecure, but I think that comes and goes for all of us. This week I'm excited to have time to get back to work revising.

So I guess, I dunno. How are you feeling? Insecure? Confident? Somewhere in between? 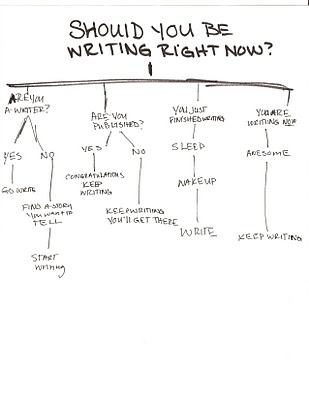