In Which I Talk Monstrous Characters In Kidlit

In my MFA program we have two theses. When you're in your third semester you write a critical thesis, which is where you do a lot of research and reading and write a paper on your topic of choice. Similar to any other MFA program. And then when you're in your fourth and final semester you complete a creative thesis, which is pretty much what it sounds like 80 pages of polished, publishable creative work (this can vary some if, say, you're a picture book writer or a graphic novelist etc)

I'm in my fourth semester right now which means I'm working on my creative thesis and means I completed my critical thesis last semester.

When you're done with the paper, then you have to give a 20 min lecture on your topic, which was something I was not looking forward to at all, but then by the time I got there, I wasn't nearly as nervous as I thought I'd be.

So I got up (I was the first to go out of my class) gave my lecture, answered any questions (and I was so glad I was able to answer them. I was worried people would ask me crazy smart questions and I'd be like, bahdunno. But that didn't happen) and then I was done. And I felt great!

The lecture was recorded and I thought I'd share it here in case anyone wanted to watch it or if you wanted to know a bit more about how some kidlit authors create monstrous characters.

It's Friday ape-friends. The last Friday in August which means soon we will be out of the warm, fun summer, and not the cool, delicious autumn

And I can't wait!

But until then, let's start this weekend with some fun! 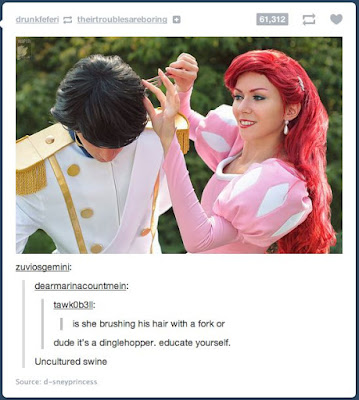 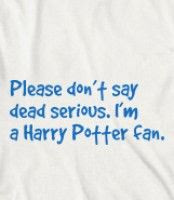 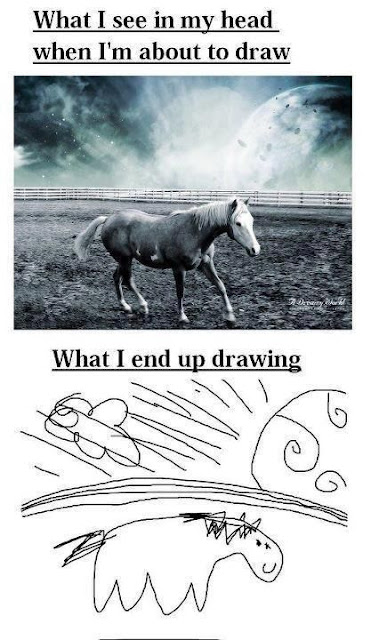 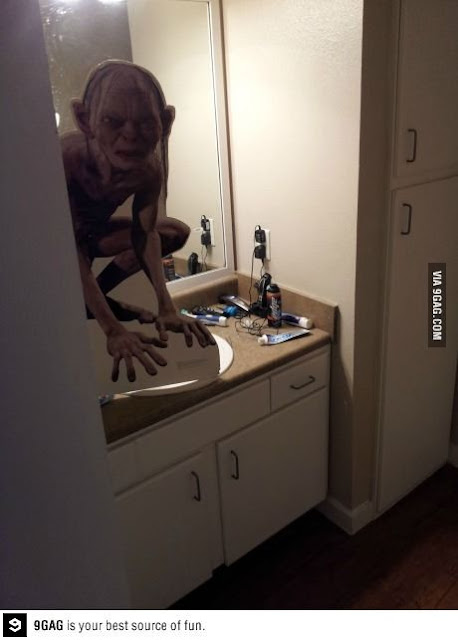 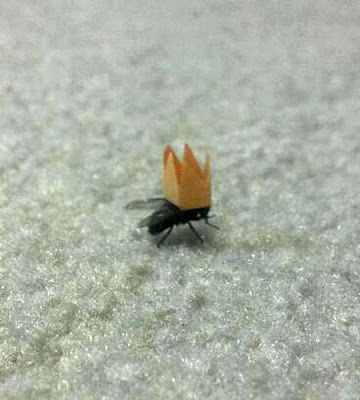 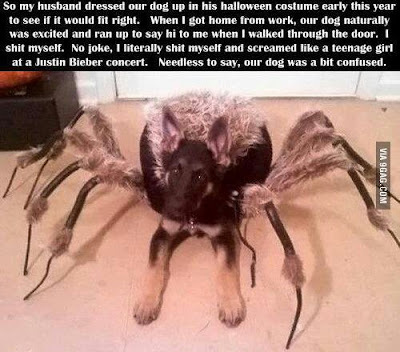 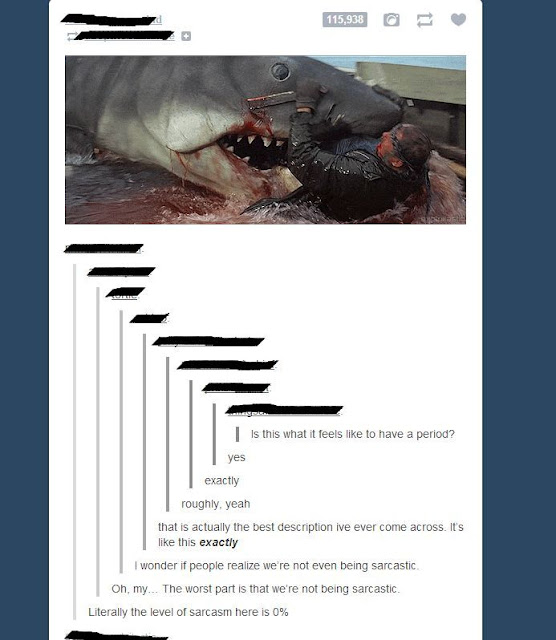 It's been forever since I've last done a Wednesday Weird about a strange transmission (over 2 years in fact) so today seems like a good day to talk about the Wow! signal.

This was a radio signal that was picked up at The Big Ear radio telescope. Which means that yes, it came from space.

Big Ear used numbers, from 0to 10, and then the alphabet to document how far above background noise any signals went. The Wow! Signal was "6EQUJ5," meaning it began at a scale of six, crept to E, jumped to Q and then U before fading gradually.

This took 37 seconds, and the signal came from a seemingly empty spot in space. And when I say empty, I mean, it came from a non-terrestrial and non-solar system source. It was a signal fired to Earth from one of the emptiest places in space (and, I mean, SPACE), and it somehow reached us.

It's called the Wow! signal because the man who found it was so shocked that he circled it and wrote "Wow!" on the side, 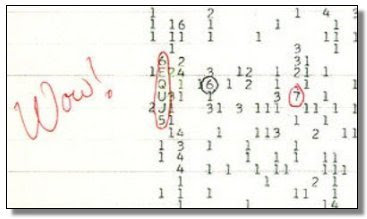 The hole in that theory, though, is that it's a strange signal from space that follows a very specific system, turning off, and turning on. Which is not normal.

The Wow! also contained a trademark of artificially produced interstellar broadcasts. But how could they broadcast it from a point in space where there are no planets or even solar systems? A spaceship would work, though . . .

The guy who found the signal didn't believe it came from extra-terrestrial life; he thought it was something from Earth reflected off of space debris. But that theory has problems, too.

If it was from Earth, the reflector would have to have been in all sorts of unrealistic requirements for the nature of the signal.

In this case the simplest explanation, for a change, is actually that there was some sort of craft beaming signals towards earth.

Thoughts or theories?
Posted by Sarah Ahiers at 7:00 AM 7 comments:

First thing's first. I've been having some internet issues on my laptop and I can't figure out if it's my laptop or the internet in our house or a bit of both (likely). But what that means is I can get online to some pages (blogger dashboard. My gmail) but really can't get to other pages on my laptop (Pinterest, random websites) so Wednesday Weird and Friday Fun posts may not happen this week just because I can't access my sources. 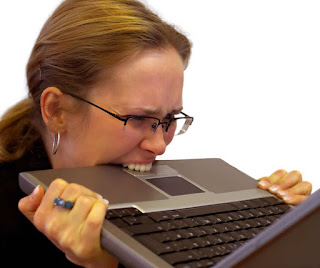 Anyway, now that that's out of the way, like the title says, I now have a website!

(I wanted to get a screenshot of the website so you could see it here, but as mentioned above, the internet is a jerk and my website is one of the pages I can't visit and the cached version is nothing to look at)

It's nothing to fancy, at least for now. Once things calm down a bit (meaning, once my deadline has passed and school has eased up a bit) I may zazz it up some more or pay someone to zazz it up some more (though, if I do that, I would need to be able to update things on my own. I would hate to have a website where I need to reach out to a designer any time I want something updated. That would lead me to be even more frustrated (see above)) but for now it's working.

I've even been getting emails through my contact form already, which is cray cray ! (And only one was from my dad)

Yay! Fun times!
How about you? Have a website, or do you just rely on something else, like your blog? 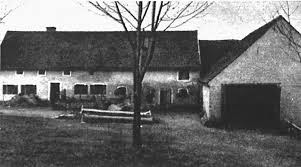 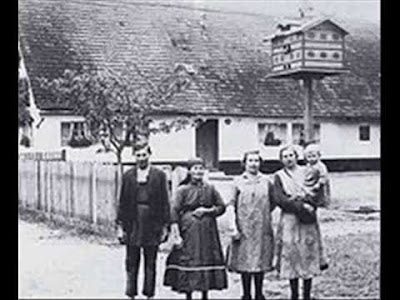 In Which I Give Some Updates

If you're not friends with me on Facebook, or twitter, or just missed it, my arcs for ASSASSIN'S HEART arrived last week! 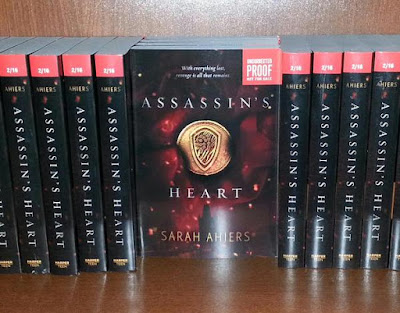 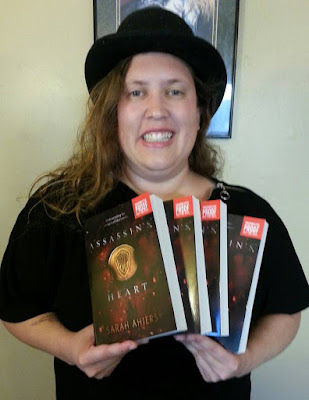 I think it's kind of a moment that every author dreams of. It's less than 6 months until it's out, and the only thing that will beat holding my arc is holding the hardcover when it's available.

Speaking of release date, ASSASSIN'S HEART is also available for pre-order. It's available right now for a bit of a discount, if you pre-order.

And that's it for right now, though there will be more updates as we get closer to February 2nd.

How are things with you? 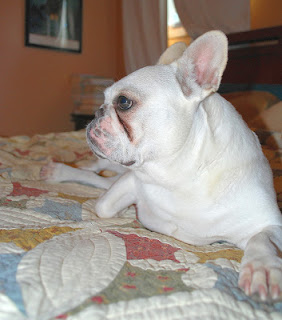 I've been feeling pretty sick lately, so I know just what will perk us all up: funny things to launch us into the weekend. 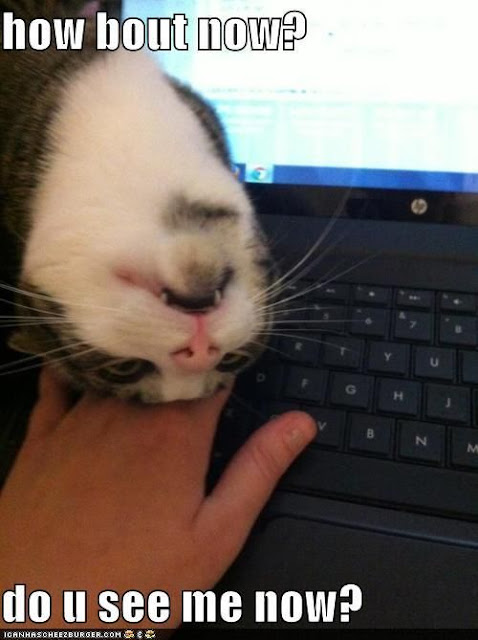 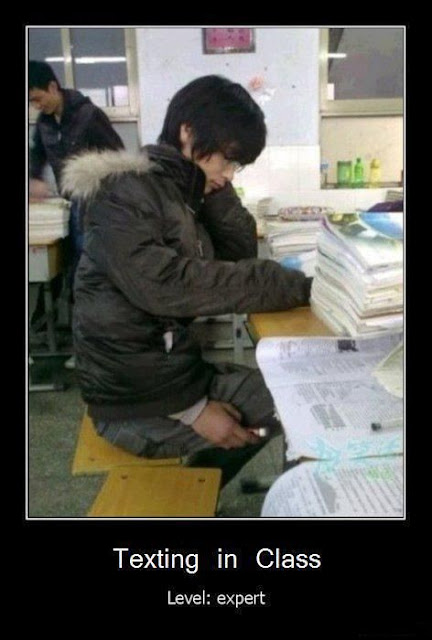 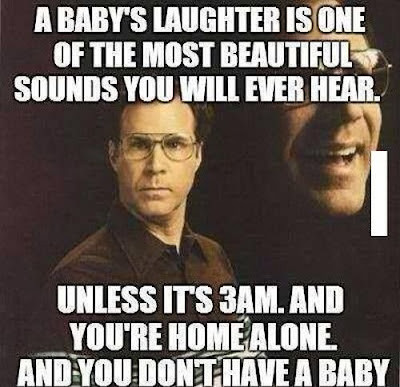 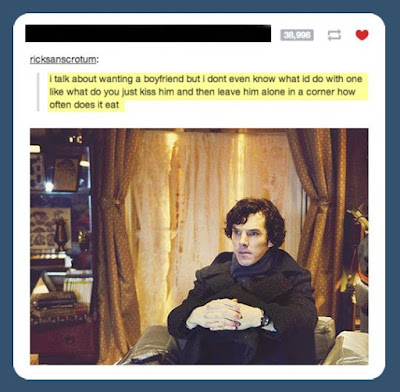 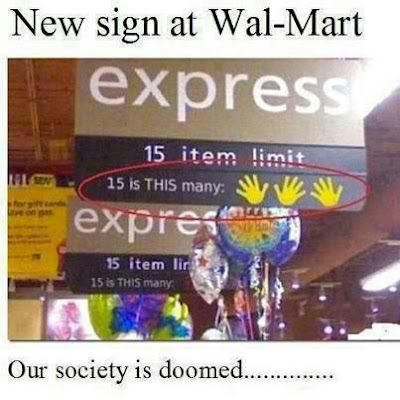 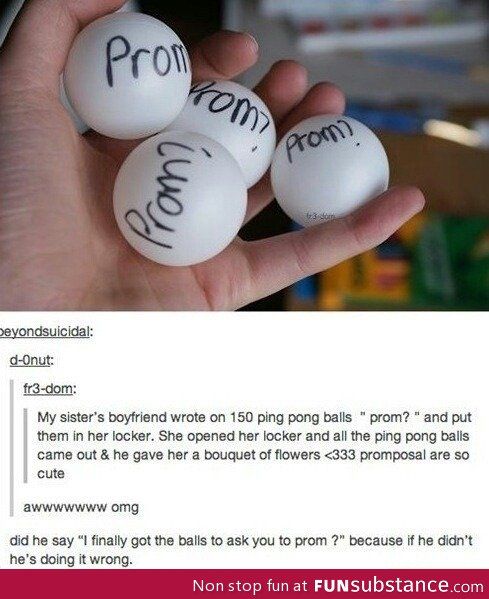 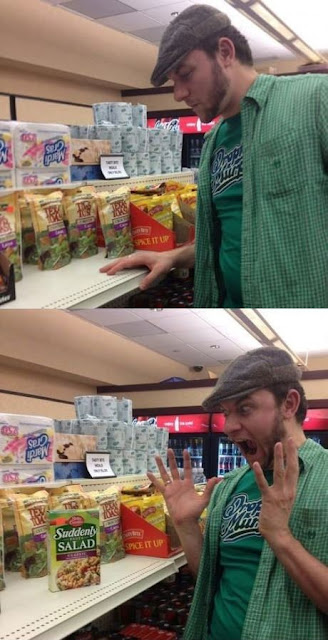 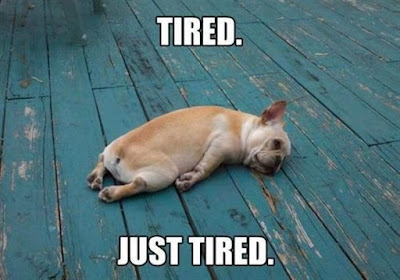 First Wednesday of the month, so you know what that means!
Time for IWSG

Oh insecurity. You're always popping up at stupid times. Like, who invited you insecurity? Not me, that's for sure.

But in all seriousness, I'm feeling pretty good right now. Well, no, that's not true. I'm a bit of a stressed out mess. But, I'm a point where I think I have a handle on things, and I don't particularly want to talk about what was stressing me out, for fear that the stress will take hold of the situation once more.

Which Sarah does. not. want.

So no details about my insecurities this month.

But the good thing about insecurity, at least for me and at least in regards to writing, is that it passes. I get my confidence back. Nothing lasts forever and I can fix anything.

How are your insecurities this month?
Posted by Sarah Ahiers at 7:00 AM 8 comments:

In Which I'm Back

So I'm back from my residency. And I'm busier then all hell, right now.

A lot of the business is fun stuff, like going to the cabin and hosting a baby shower, or going to the state fair (EEEEEE!! So much good food. Also, if you're FB friends with me, prepare for food photos. YOU HAVE BEEN WARNED). But I'm also busy on the writing front as well.

My advisor for my last semester of my MFA (*sniff* final semester sadness), though, is the wonderful, awesome, wickedly smart Swati Avasthi!! 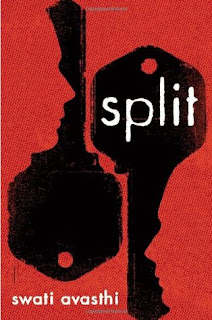 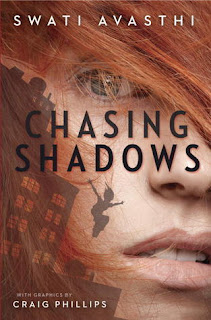 Which is great. I've always wanted to work with Swati and so now I'm super excited that I get the chance to!

So, yeah. Busy time of year. But things will calm down some once we hit autumn.

How about you? Is this a busy time of year for you?