Loving dogs is a hard thing.

I mean, it's really easy, actually, and I know that contradicts what I just said. But we're hardwired to find puppies cute, to want to take care of them.

And they're hardwired to love us in return, to crave human affection.

And so we take them into our homes, and they love us, and we love them so much. Just as much as the people in our lives, science says.

But the thing about dogs is, they don't live as long as us.

Every dog owner knows the moment they take that puppy or dog into their home, they have issued an invitation to heartbreak and grief, who has rsvp'd for a future date.

George was going to be 11 next month. 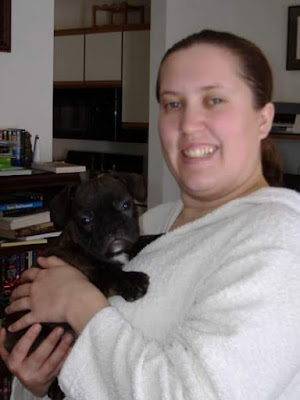 He was my healthy dog. Rarely sick. Never injured.

Until last week, when we noticed he wasn't feeling well (licking his lips (nausea) and shaking)

We took him to the ER Vet, but after an hour and a half wait, he was back to normal, even playing with the vet tech, so we took him home. 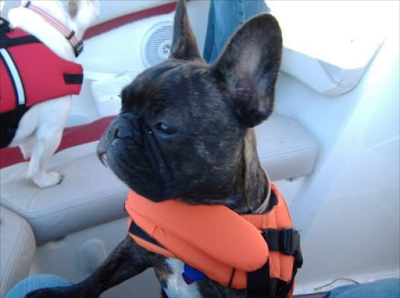 He got sick again that night, and all the next day. But after that, he got better, and was back to normal for a few days. 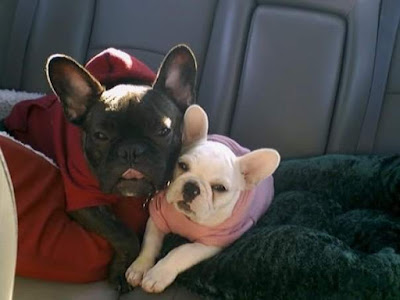 Then it happened again.

The vet discovered he had low platelets, which besides causing his problems, also contributed to a growing lethargy we had noticed with him (he didn't really enjoy walks anymore. We thought maybe he was just getting a little too old for them.)

The treatment was steroids to build his platelets back up, and antibiotics, in case this was a tick borne illness.

And George got better again. For 4 days. 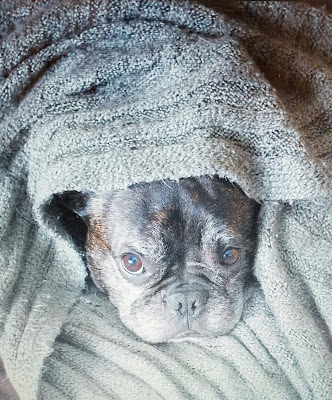 Sunday, we were gone most of the day and when we came back he was in such a good mood. We wrestled with him a little, he played with his tennis ball. He scarfed his dinner, including the delicious canned food his meds were stuffed into. 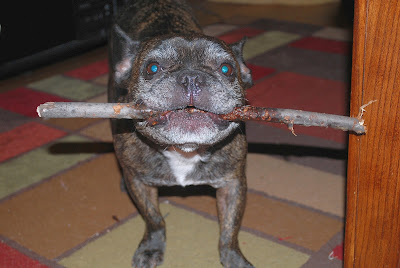 Then, before bed, he started feeling sick again. He couldn't get comfortable in bed. He spent the whole night pacing around the house, laying down for 15 or 20 minutes, coming into the room to check on me. I heard him scratching the chair a few times, trying to fluff it up.

When I got up in the morning I found vomit. And he was so sad.

I picked him up to carry him outside (and he didn't even grumble at me) but outside he fell over, onto his butt. 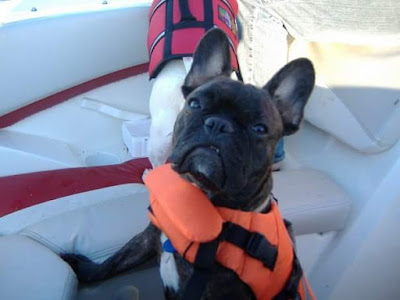 I called the vet. He needed to have his platelets checked anyway.

This time Anne came with and we got our usual vet, whom we love.

She told us some of the possibilities, none of them great. And then they took him to run some tests. 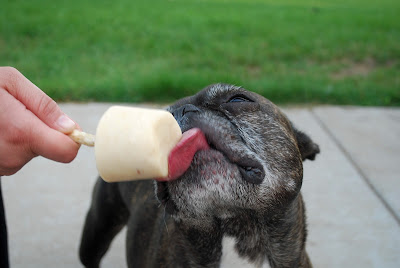 And the tests came back as a tumor on his liver. Probably more than one. He was anemic, which meant he was bleeding, most likely into his stomach. It was inoperable. 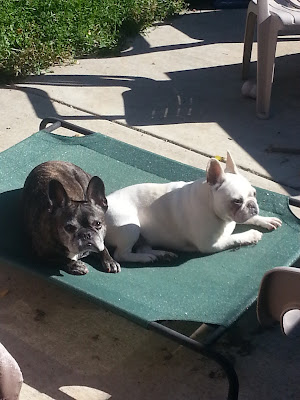 So we called our family. And our brother and mom came over and we held him and told him we loved him and I kissed him so many times. 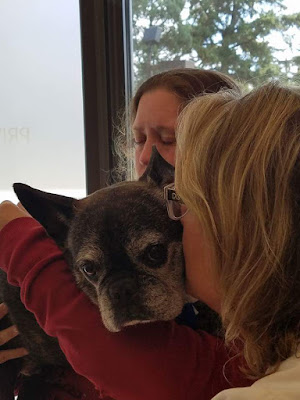 Then the vet came in and I held his head while we put him to sleep.

And he looked the same. He didn't look like he had just died. And so I kissed him again and told him I loved him and we left.

And that was the hardest part, leaving him there, when he looked like he was just resting, still. 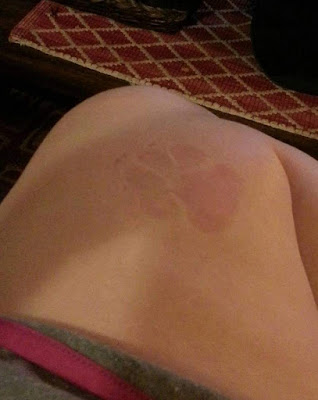 I'm not a religious person. There's a study that shows faith is actually about 50% genetics, and I've often thought I'm just not built that way.

Sometimes I wish I was.

Because it's hard to ignore the idea that we are alone, here on this little planet in an endless universe. We are unique in our ability to reason, to build and think and create art.
But it's that uniqueness which brings about our loneliness. We are aware.

And so we are alone, here on this planet. Except, not really. How lucky are we, that we can bring dogs into our homes, and we can love them, and they love us in return? This entirely different species, sharing our lives, happily. It's a gift, maybe. A miracle. 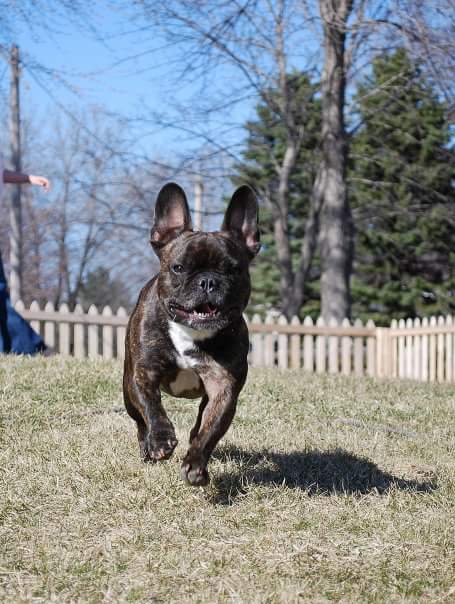 George liked to pee on things so we couldn't have carpet. He hated other dogs so we couldn't go to dog parks. He was a runner, and would escape if given the chance. And he liked to steal seats, if you got up for a bathroom break.

But he loved tummy rubs and face massages. He gave the best kisses and he always smelled so good. He loved sunbathing and eating good food and taking walks where he could sniff all the sniffs and pee on all the things. 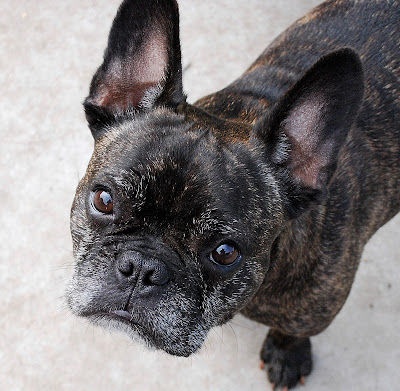 I was going to turn on the heated blanket for him when we got back from the vet. I was going to buy him some new toys for his birthday in a few weeks, even though I knew he'd just destroy them. I'd bought him a new fall coat, but he'll never get to wear it.

I loved him so much. I would spend the rest of my life cleaning up pee if it meant I could have just a little more time with him, where he was healthy, and happy again. 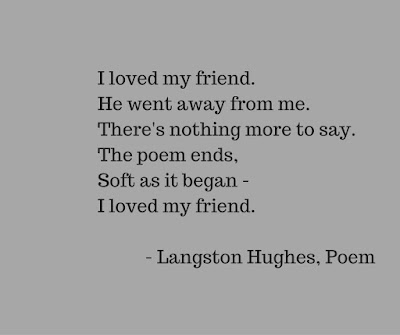 It is a hard thing, to love dogs.
It's a harder thing, to let them go. 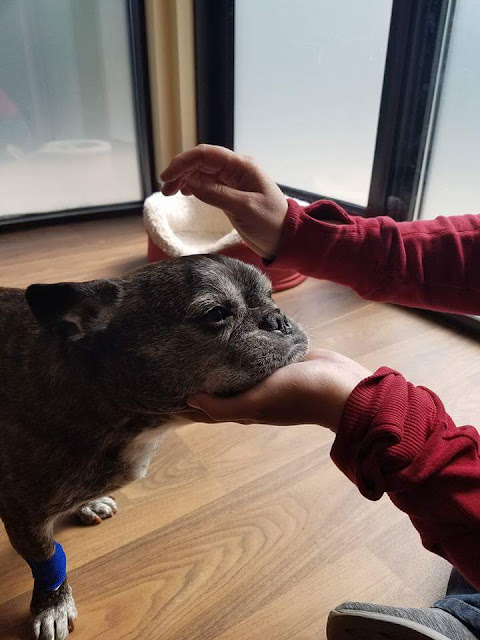