In Which Starting Can Be Hard

How do you handle beginnings? I mean, the very beginning, the first words you put down on a blank document (or a blank sheet of paper if you hand write like a freak of nature dedicated old-schooler).

Do you know what your first sentence is going to be before you even start? Or do you just start writing and see what shows up? 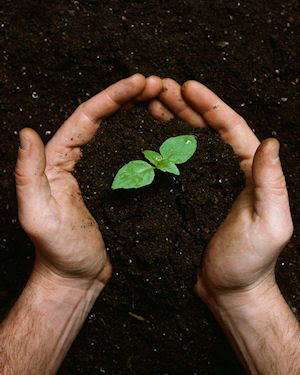 I'm a bit in both schools. I've definitely had first sentences planned before I started the draft, and I've also just sat down in front of a blank document and typed something out. The only issue is, if I don't have a beginning planned, my gut instinct is to always start with dialogue and we all know that's not the strongest beginning. Even though it can work and I see it frequently, it's still frowned upon, and, in my opinion, for a good reason.

I really like my opening for Glimpse (which starts "There should’ve been a party for my brother. Or at least a good-bye gift. It should be a big deal when you ship off to war.
Instead, Mom looked up from the fish net she was repairing and said, “Try not to get killed.” ") I feel it has a nice little hook, especially compared to a lot of my other stuff which just starts. Also, this one came about by just diving in.

But now, in starting my new WIP (tentatively titled BREAK FREE), I keep comparing any opening I think of to my Glimpse opening. Which means, they fall short. I've never really had such an issue starting something before. Most likely I'll just have to put something down, see how the rest of the draft plays out, and adjust it later during revisions. It's not my optimum sitch, but what can you do?

So anyway, I was just wondering about everyone else's practices. Are you a "dive right in and see what happens" person? Or are you a "plan the first sentence before you draft" type?

Interstingly enough, I'm an outliner and yet I generally dive right in. How about you?
Posted by Sarah Ahiers at 7:00 AM

Like you, I dive in even though I outline.

Maybe because I used to write advertising copy, openings come easily to me. I usually have them in mind before I even have a story.

I generally have more of a visual than an actual line. I remember last year when I'd first gotten into blogging, I was reading all about first lines and how important they were. So I rewrote the beginning to Four, and my first line was/is: "The corpse had red toenails" or something like that. Now that whole beginning is being scrapped, and while I have the picture in my head of my new beginning, not sure of the words yet.

Best of luck! What genre is your new WIP?

I try to start with a strong sentence, but that is usually rewritten down the line.

Actually, my first chapter is usually the most edited part of the entire novel . . . and for good reason. ;)

I just dive in because I know I'll change the beginning later anyway. I once had the perfect opening, and then scrapped it. Killed me, but that's not where the story started.

And sometimes starting with dialogue can be fun. Especially if it's the hook.

If you've ever seen a blog contest for the first 250 words, I've found that reading all the entries gives me a good idea of firstlinesthat are exciting, and ones that make me go "blah".

Beckah-rah did a post on paraprosdokians which reminds me of the opening for Glimpse that you cited. It also reflects most of the first lines that I enjoyed from the contest entries.

Aack! Cruel, cruel, Falen! To give us the first lines of Glimpse and then.... nothing!

Maria - that makes sense. This new WIP is definitely the most troublesome i've experienced in a while

Summer - ooh such an awesome opening! And YA Fantasy again. I'll probably be playing in there for a long time

Aspiring - very true. It just kinda bugs me going into a draft and already having something i'll need to revise

Stina - LOL very true! Mine openings are too

K. Turley - yeah i hang out at the Authoress's quite a bit, so i see a lot of openings. I'll check out the link!

i think i said something about how i like the tentative title of Break Free
but then i went to thesaurus.com to look up synonyms for the inspiration's title to see what else was out there (nothing that wasn't too obvious)

The opening to Glimpse sounds great! I'm an outliner and even then, I have a tough time actually starting. I start by creating bullet points that quickly evolve into actual paragraphs. Once I feel like I have a good start (10-20 pages), I allow myself to go back and remove the bullets and replace with a logical opening. But that's the only "revision" I do until the whole story is done.

Beginnings are awkward for me. It's usually a crappy start (but at least I begin writing) and I have to go back later and make it better.

I'm a planner. I usually won't allow myself to start until I've devised a decent opening. And rarely has my first line changed later on (although the sentences that directly follow it tend to have a dreadfully short shelf-life).

I definitely have a first sentence in my head, put it down, and improve it over time. I'm excited as I just got my story idea happening for my third novel. Definitely a pantser all the way.

I found that my natural tendency is to write more like Stephen King and Diana Gabaldon; that is to say-- all over. Certain scenes come to me and I write them out but they don't get written in chrono order. Then I forced myself to write from beginning to end when I found out that wasn't a very "common" method. I think I'm going back to writing helter skelter though. So I won't be outlining as when I outlined my last MS I continually was changing things. As for beginnings, Y Ddraig Goch ~ The Red Dragon has been changed multiple times. The beginning is now completely different that the first scene I wrote. So while I churn it and chew on it in my head and then write it down it will very likely change in a moment of inspiration. I just try to go with the flow.

I think you know my answer: I dive in. You know I don't outline. Usually a character comes to me like a movie in my head and I just sort of roll with it. I don't fester over how I start or my first 5 during the first draft. Not at all.
During revision (hell), however, I fester and tweak over every detail, large and small. But my biggest fester during revision is def getting the first line, first para, first page, first 5 pages as perfect for the story/atmosphere as I can.

I too love your Glimpse opening. :)

I'm excited to hear more about the new WIP.

Basically, no! I never know what sentence I'll use first. And my first sentences VERY rarely stay the same as they started.

Hmmm, I tend to write about ten different starts and then pick the one I like best.

In the end with Veiled in Shadows I cheated and pulled a bit from near the end and use it at the start :-)

I usually have the first scene in my head, and the major turning points. And then I fill in the blanks along the way!

Anne - yeah i spent a long time on thesaurus.com doing the same thing

Alex - i think beginnings are probably a bit awkward for everyone

Nate - see now that's my instinct as well. I'd much rather have a good opening before i start

L'Aussie - it's interesting that you're a pantser and yet plan out your opening. We might need to start a poll

Lola - reading about your process just stresses me out. I would never get anything done that way

Trisha - you seem to be in the majority with your process

Al - i think that was the right choice for Veiled, since i really enjoyed that opening

Talli - that's pretty close to my process as well. My outline is always just a list of important scenes

Thank you, Your writing has helped me,,
i like this blog,,
By Diet Solution Program

Do you know what your first sentence is going to be before you even start?