In Which I Return And Share...Stuff...

Hi everyone! I'm back from my vacay! Normally I have no problem taking a week off and more or less hiding away from the interwebs, but with all the crazy interwebby stuff going on lately, man, it was a bit of a chore. Anyhoo, I'm back now and I'll be spending some time on catching up on your blogs and stuff. Let me know, though, if I missed anything awesome, like someone getting an agent or a book deal or something. That's need to know shit right there. 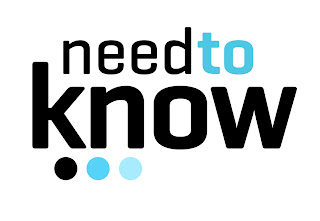 Anyway, I know I promised you some posts on the Children's and YA Literature Conference Hannah and I attended a few weekends ago, and today, I deliver. At least partially. They'll be one other post, maybe two, next week.

The Keynote Speaker was Justin Chanda, the vice president and publisher for Simon & Schuster books for young readers, Atheneum books for Young Readers and Margaret K McElderry Books and he spoke about Picture Books. And I have to say, I really don't have much of an interest in PBs. I mean, yes, I read them and buy them for friends who are having babies, but I mean, they're pretty off my radar when it comes to writing and publishing.

His presentation was fascinating as hell. Both Hannah and I left feeling amazed and loving PBs.

Highlights from his presentation:

That was mostly what he covered in a nutshell. He was really awesome, funny, smart. He also told us he was accepting submissions from anyone who attended the conference, and not just for PBs either, which is really awesome when you think about it.

All in all, he made me feel really hopeful both for the PB market and for the children's and YA market in general.

If you ever get a chance to see him speak, I would highly recommend it.

Email ThisBlogThis!Share to TwitterShare to FacebookShare to Pinterest
Labels: Conferences

Those are good points about picture books. They are the one genre that will likely still be around for many years.

The last comment about targeting parents rather than the actual group is why GO THE F*** TO SLEEP has sold so well.

Yeah, it just wouldn't feel right reading to a kid from an e-reader. Kids love to look at all those illustrations on the page. Nice wrap up.

As a parent and a reader, I know PBs are important, but as a writer ... yeah. What you said.

Don't dismiss the grandparent market. We're even more likely to go traditional with the children's books.

R.I.P. Maurice Sendak. And Colbert now has a PB. It's the one he showed in the interview with Sendak.

That's all I got for comments regarding PB's.

I have the same thoughts you do about PBs. I'm really good at buying them for other people, but I don't pay much attention to them. I liked the points Justin made, though. Very interesting.

What would I have ever done without Goodnight Moon?

Great stuff here, Sarah. Glad you and Hannah had the chance to go, and to share your findings.

Fascinating! And I agree. Parents want their children to have the tactile experience of holding and looking at books.

I have an awesome PB idea. Some day I'm going to write it, find an artist and make a mint off it. This I swear.

Those are some great comments and distinctions he made. btwn PBs and teen books. Also, the thing about reading in cycles I totally get and agree with. Sounds like it was a very informative and interesting conference! Can't wait to read more posts :)
Ninja Girl

Before I took up writing, an artist-friend tried to talk me into doing children's illustration with her. I don't have the skill for that sort of illustration, but I admire it immensely. I buy picture books just for myself because I love the art so much.

i've always wanted to illustrate pb's but i think writing them is really, really hard.

Thanks for sharing, Sarah. I can't draw my way out of a paper bag so have a lot of respect for those who do. Think PB's are here to stay, thankfully, as they're a lovely generational keepsake as well as a delight when reading to a child.

My son is 8, but struggles to read - as a result, one of his favourite books is a picture book about 'favourite things'. If he ever asks to read before bed - after his storytime - that's the book he'll choose.

Great recap. That was a very good intro to the whole conference and made me love Justin Chanda.