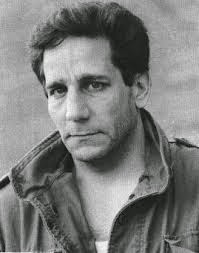 Maybe they got a hold of the book and decided he should die the same way?

I remember this news story.

Nowadays we're used to hearing about readers (and authors) going too far to prove a point, but I suspect he wore the vest and kept the knuckles as protection. He might've been better off with a body guard.

Obviously murder, but the prescience is pretty weird.

Yeah, I'd go with murder. The killers probably read some of his scenes and mimicked them. This is a ghastly mystery.

Still, there's a bit of a thing going on ther. Oddly enough, the guy who wrote the Girl with the Dragon Tattoo died very suspiciously as well.

Well, I'd certainly classify the death as suspicious.