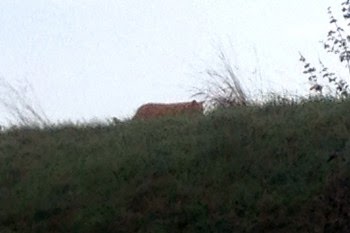 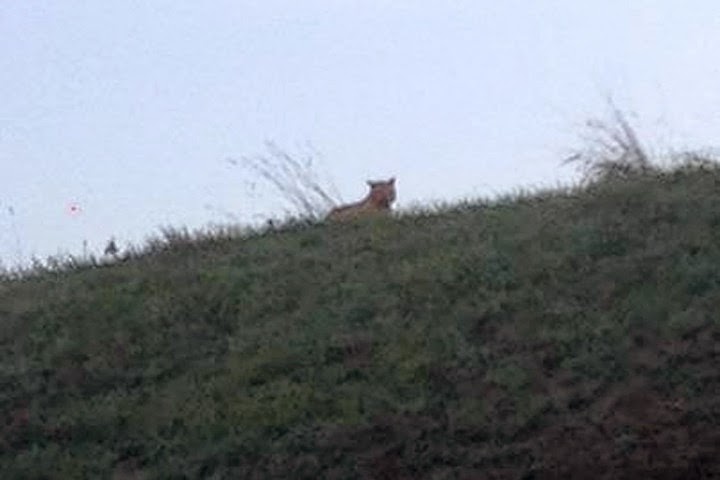 Looks like a leopard. Maybe it was someone's pet or poachers had captured it and it got away.

Hard to see for sure, but in that first photo it looks like it has a beautiful coat!

Looks like a snow leopard only with lighter markings... But it's not. There are so few snow leopards that even one missing would be widely remarked on.

A bobcat maybe? We have the random bobcat wandering around our Catskill retreat. They sometimes come close to where people live. Or what about an overgrown coyote?