In Which I Listen To Music

I did NaNoWriMo this year. It was the first time I've ever participated (after a few years of thinking about it and just not being in the right state of mind). I "won" and it got me refocused, back on track after quite a long time of feeling dissatisfied with my prior WIP.

It had been a long time since I sat myself down and forced myself to write every day. I used to have a desktop computer that is now, no more, and though I had a laptop, I had spent all my formative years as a writer using a desktop and the laptop just wasn't calling to me. But for NaNo I had no choice. Use the laptop, or fail miserably and face the shame that all my pre-NaNo bragging would bring down upom me. 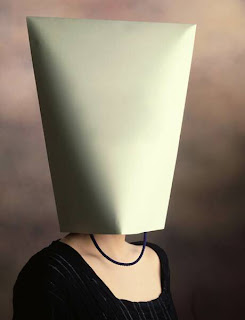 Shame was not an option so I set up my laptop in the living room, grabbed a notebook, pen and writing CDs and got to work.

Normally I'm a hard rock girl. I love me some System of a Down, Linkin Park, Disturbed and anything else in that category. I'll occasionally listen to rock when I'm writing, but my music of choice for typing is new age. It's nice, 50% of the time there's no singing and since I generally write fantasy, it's fitting.

So I went to my favorite CD, Fairy of the Woods. It's just piano playing these great, meditative pieces. I love it - great for writing.
But after the first week of NaNo I felt it just wasn't cutting it for me or the story. It didn't make sense, I LOVE that CD. The first song, "Sometimes", is one of my favs. But I kept thinking of another CD.

So I grabbed Tone Poems and stuck it in. Tone Poems is a hammered Dulcimer CD Twin and I bought years ago. I don't remember where, (perhaps the now defunct Media Play?) and maybe Twin will, but it's a great CD. I love the hammered dulcimer. I wish I could play one.

Anyway, it had been a long time since I had used Tone Poems while writing. And as soon as I put it in I was instantly sent back to high school when I used to listen to it while i wrote fanfiction. The feeling was so strong and so associative that I told Twin about it the next day, which got us talking about the fun fanfiction times and would lead us to reread the stories (that will be another post later this week)

So I was momentarily distracted by the (memory) of the good old fanfiction days, but the CD was successful and I got back to writing for NaNo.

I remember a few months ago I read an article (or perhaps a blog post) discussing people who use soundtracks for their stories. (I'd give credit if could remember where I read it. Perhaps Murderati?)

Now, I almost always listen to music when writing. I can write and watch TV or video games at the same time, but I'll be more prolific if I turn of the TV and listen to music. I don't really hear the music, but my head takes it in subconsciously and the music drowns out other noises.

Anyway, in this article they discussed someone who made soundtracks for his projects, pieces of music that represented the feel of the story and that he would then listen to when writing.
At one point he had to go back for some edits on a piece he had put aside and when he just wasn't felling the story, he stuck in the piece's soundtrack and it immediately brought him back to the mindset he had when he had first written the novel. Therefore he was able to finish up the edits.

I think the idea of this kind of associative writing with music is genius. Besides the fanfiction CD I also have another song (Linkin Park's Papercut) that I've completely matched with a story idea in my head. I love Linkin Park's Hybrid Theory and listen to it quite frequently and compulsively. When I wrote out this story in my head, I also happened to be listening to Papercut and the rest of Hybrid Theory (this was back in the day when I had a 3 hour commute a day and listened to a lot of CDs in my car and did a lot of story work through in my head at the same time)

I both LOVE and am creeped out by this video

Now, whenever I listen to that CD, and Papercut specifically, I immediately start to think, and get excited, for that specific story. So much so, that I've forbidden myself to listen to Hybrid Theory when I'm working on another project because it will force me to stop thinking about what I'm working on and direct all my creative energies to this story I haven't written yet.

I'm really looking forward to when I can start that project and stick in the Linkin Park to get me excited and ready to go.

I think, in the future, I will try to create a soundtrack for each piece that I listen to when working on it. That way I can hopefully build up some associative memories for it, so if I ever need to go back, or feel myself stalling out on it, I can just stick in the CD and get back in the mindset of the piece.

Have any of you created a specific soundtrack while writing a piece? Did it bring about any associative memories that assisted in your writing?

I create playlist on my iPod to listen to while I'm writing, and in a way that is almost like a soundtrack except I don't customize it to my current WIP. Now a days I've gravitated to accoustic tracks, especially piano-based, that seems to get my creative juices flowing the most.

I don't have a particular soundtrack for any projects but I will listen to some songs and they'll just let me tap into that creative vein that's created when I hear them.

My very first Secret Garden cd was like that for me. But currently, I enjoy Sigur Ros, Mogwai and other such bands that help a part of my mind stay distracted while I write.

We got the cd at Renn Fest- it was the first time we had seen the hammer dulcimer and immediately bought a disc.
Don't forget the celtic moods cd- that's some good new age.
Oh, and what's that one cd...ooh, Vanessa Mae- and her awesome electric violin. Remember the flying song?

great, i just watched the papercut video and no i want to go find and watch the "In the End" video.
Thanks
-Twin

Music, for me, is almost like my sense of smell. You know how you smell something and you're completely teleported into a memory? That's how I am with music, I'll hear a song and BAM! I'm immediately back to when I heard it first.

I exclusively listen to film scores when I write. Oddly enough, while I can write and watch TV, writing to music with lyrics just throws me off.

I wouldn't say that I've ever created a soundtrack for a WIP, but I definitely select the score to which I'll listen while I write based on what I'm writing or where in the story I am.

If I'm writing an action scene, than I want music from an action movie, or music from the action scenes of a movie. When I'm working on sci fi, I tend to gravitate towards sci fi movie scores.

And sometimes, I find something that fits so perfectly I just loop it. I must have listened to the Steamboy soundtrack four or five times in a row while I was finishing my NaNo book, because it so perfectly underscored the climax of the story.

Oh, and don't you dare give up on your pre-NaNo WIP; I NEED to read that story in its entirety; don't you DARE leave me hanging!

Teebore - i won't i won't. I've got a bit of a post coming up on it tomorrow.

DL - yeah accoustic seems to work the best for me too, but clearly Linkin Park had it's own way

Palindrome - i may need to borrow some music from you the next time i start a new novel.

Anne - what happens in the "In The End" video? Is that the one where they're on the cliff?

I listen to music all the time while writing. I like stuff I can sing to out of nowhere, that I know well enough to ignore if I want to and that will block out everything else around me.

I don't really make soundtracks, but every once in a while, I'll stumble over a song that is just so my MS. Then I save it in a special place and make a playlist.

Falen - I will make you a "best of" or just a giant data disc with all of the songs I like.

Anime soundtracks are awesome sauce. Straight up.
A mix would be great!

Anime mix cds are even better! But i would kill to get my hands on a Naruto beginning and end theme soundtrack

yeah in the End is the one where they're on the big building and as they're singing the world becomes more alive instead of dead and dried up.

You guys make me feel so OLD! I don't even know who half these groups are.

I get to listen to whichever movie soundtrack my daughter is watching on the tv.

However, when I was working on my
3rd WIP some time ago, she was watching 'Sinbad' (animated -- the one with Brad Pitt and Katherine Zeta-Jones) and it had such an oceanic tone I fell in love with it. It totally matched my hero's character.

Piedmont - well then there you go, your character's soundtrack is the Sinbad music. I don't remember much about the music for that, but i haven't seen it in a long time

Hi, just stumbled across your blog.
Love this post, and a topic close to my heart. For me, writing is all about music, the two are inseparable. Having given up writing for many years, there was one particular song that evoked an overwhelming urge in me to take up the hobby again.
I use different music according to what I am writing, normally some version of vocal trance or Japanese trance/pop from late '90s.

wait - just looked at your profile and the recommendations there.

Sinbad is awesome. I love that cartoon!!