In Which I Was Tagged

I was tagged by the lovely Vanessa Eccles to participate in the Liebster Award Blog Hop about my current WIP. I'm working on more than one thing right now, actually. Edits and revisions for ATR, the ATR sequel and tinkering a bit with my WIP (I finished the first draft a few weeks ago) so I think I'll focus in my YA fantasy WIP, tentatively titled MONSTERS WITHIN. 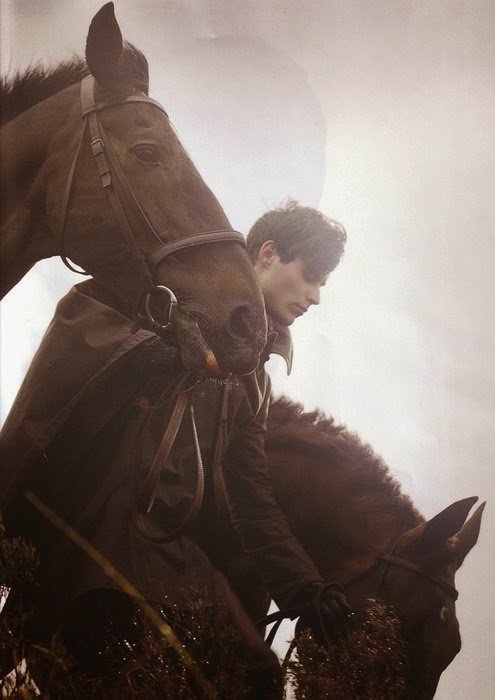 1.  Where did you find the inspiration for your WIP?
I really don't remember. I know for a long time I was thinking of it as Sherlock Holmes meets Howl's Moving Castle, but outside of that, I'm not sure. I like bromances (who doesn't amiright?) and horses and demons and magic and impending wars and I just kind of mixed that all up until I had something.

2. What is the setting and how important is it to the story?
It's a second world fantasy, so not set on earth as we know it. It has a bit of an 1800s feel, in regards to technology. And it's set in the middle of winter which isn't important to the plot, per se, but definitely sets the mood. The setting isn't crazy important, at least, not as important as my last book, but it wouldn't work if it was set somewhere "real", mostly because there's a giant split in the land that tempts people to jump to their death. And also may spit out demons.

3. What is your MC's most likable quality?
I think it's that he's steadfast. He's the type of guy you can count on, who will help you for no other reason than that it's the right thing to do. It's these traits, though, that cause him such problems when he's tasked to do something he doesn't morally agree with.

4. Does your MC prefer coffee or tea?
Tea, though I think he'd probably be a coffee drinker if there was such a drink in his world

5. If you met your villain in real life, would you run away, slap him (or her), stop for a chat, or ask for an autograph?
There are multiple villains in MW (I'm a huge fan of multiple antagonists) but for 2 out of 3 I'd either run, or move away quickly. The third could use a well-placed slap.

6. What are three words that best describe your MC?
Dedicated. Honor-bound. Steadfast.

7. If your MC could have anything in the world, what would it be?
Tough question. If we're talking material items, he'd probably really like a nice, serviceable saddle that will last for years. But if we're talking more in the abstract, probably something more like somewhere he could just be himself, be able to relax.

8. What's your favorite line in the WIP so far?
Oh man, I have so many favorite lines in this one. It's going to be hard to pick but maybe:

And I couldn’t help but remember his voice, there in the darkness, asking who would ever love him again. Who would love a monster. But I looked at the people surrounding his bed and wondered how he could not be drowning in the love they shared for him.


9. What is the overall tone of the novel?
Hmm. I'd say sad and violent with a little bit of kissing. None of those are tones, really, but there you go.

10. If you had to compare your novel to any fairy tale, what would it be and why?
Holy crap, this is a hard question. I mean, assuming neither Sherlock Holmes nor Howl's Moving Castle counts. I spent a long time trying to come up with something but really couldn't find anything, probably because my knowledge of fairy tales is hit or miss. I'm a lame-o


All right! So I get to tag some peeps and I'm going to choose:
Rena Rocford
Leandra Wallace
Rochelle Deans

Your questions are:
What is your WIP About?
How long have you been working on your WIP?
Who is your MC?
What are some of the themes you're exploring?
What song would represent your story or MC?
If you were casting your story as a movie, who would play your main character?
What is your favorite line in your WIP so far?
If your MC were to have a pet, what would it be?
When do you think your WIP will be "done?"
Who's your favorite side character in your WIP and why?
What's your MC's favorite food?
Posted by Sarah Ahiers at 7:00 AM

I loved Howl's Moving Castle, so I totally want to read this(also, horses!). Thanks for the tag, this'll be fun! I love any excuse to talk about my books, as my family just looks at me like I'm nuts when I start trying to talk about the people in my head. =)