Easter Island is well known for the giant moai statues and the mysteries surrounding them.

But the moai are not the only mystery found on Easter Island.

Rongorongo is a mystery written language found on tablets on the island. Known as Rapa Nui to the island's inhabitants the language is strange on multiple levels.

The first being that it didn't appear until the 1700s. Some scholars think the language came about when the islanders first saw written language from the Spaniards who hade traveled to their island, but there's just as much support that it could be one of the very few instances of independent inventions of writing in human history. 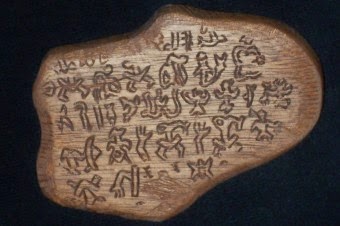 So the language suddenly appeared in the 1700s and in just two centuries it would be gone again, leaving the mystery as it is today.

Rongorongo is a pictograph writing system. It was found on wooden tablets and other objects, such as a chieftain's spear. Writing was unknown in any of the surrounding islands, which makes its appearance confounding to anthropologists. If no one around you writes, how do you come up with this system on your own? 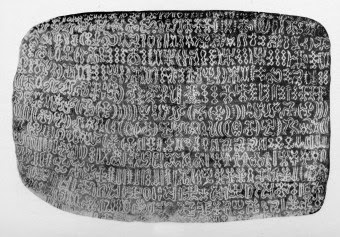 Despite its recent birth, though, no archeologist, linguist, or scholar has ever been able to decipher the language. The closest any have come is discovering that one of the tablets referred to a lunar calendar.

The problem was that the island's population when it was first discovered was around 4,000, but the ecosystem was suffering and the island was overpopulated. Add to the mix western disease and the slave trade and shortly after that Easter Island would be reduced to a population of 110 by 1877. And the colonizers would decide the strange language was too pagan and would forbid it as a form of communication. Finally, missionaries would destroy the tablets with Rongorongo inscriptions.

Since then, scholars have tried to decipher the text, but any remaining inhabitants would refuse to translate, and the best help they ever got was when one islander, drunk, looked at a tablet and sang a song about fertility.

Only 25 texts survive, and what they hold will continue to be a mystery unless someone, someday, manages to decipher the mystery language. Maybe when that happens, we'll have a final understanding of the more well-known mystery of the moai statues. 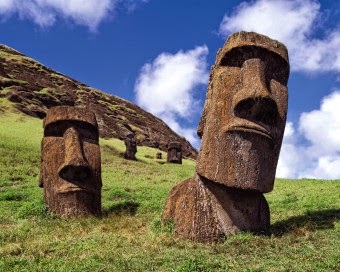 Shame so many of the tablets were destroyed out of fear and ignorance.

How very sad no one was willing to translate it. It makes me wonder why they refused.

Easter Island is one of the strangest places in the world.

Oh my, I love that. I'm also completely fascinated by Rapai Nui. In general, there is so much crazy going on with that island that it just perplexes the mind. Like, did you know that when the last tree was cut down to move the Moai, they KNEW it was the LAST TREE? How many flavors of crazy is that?

As for the writing, I hate when aliens come down and pass around decoder rings that the priests destroy.