In Which We Check In

Well, we've officially made it through NaNo week 1, and I want to know how things are going for you.
Judging by your word counters on my buddy lists, most of you are doing amazeballs. Way better than me. I've been hitting the word count each day, which is a bit of a disappointment. I really want need to get ahead, not just because of the approaching holiday (though that is definitely a reason) but also because I know this weekend is pretty shot for me. 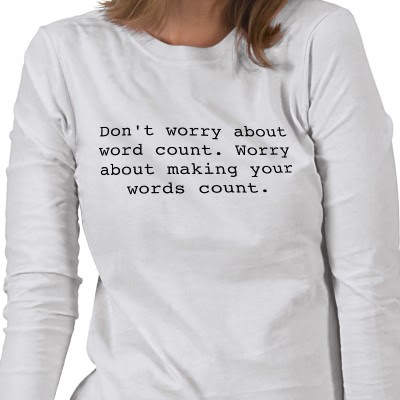 Friday we're hosting a baby shower for a writer friend (Twin's Co-Worker) and her writer husband. So, judging by our party timeline (there's going to be a lot of baking and cooking) I really won't have time to squeeze in any writing on Friday.

Saturday is my Mom's birthday, so we'll be going out for breakfast. I may be able to sneak in some words here, but I'm not going to count on it. I rarely, if ever, write on Saturdays. It's just not my thing.

Normally Sunday would be my day to catch up since Twin works on Sundays, but she's got this one off, and we have cooking club in the evening, and the theme this week is yeast breads.
Which means Twin and I will be doing even more baking on Sunday (and kneading and folding and rolling etc)

So. This is why I want to get ahead. Hopefully I can get 3K in today and Thursday. If so, that should give me a good enough buffer that I'll be able to make anything else up over the next week.

Now, I want to hear all about you. How's the daily grind going?
And if you're not participating in NaNo, what are you up to?
Posted by Sarah Ahiers at 7:00 AM

You can do it, Sarah!
And that's a lot of baking for one weekend.

Happy birthday to your mom.

You can do it!
I'm not doing Nano, but I'm nearing the end of my story's first draft... I'm dedicated to writing at LEAST 600 words a day.

My mom's birthday is today! Win for mom birthdays in November.

Yikes, you've been busy - and you're going to be busy, too! Good luck with NaNo. I'm sure you can do it!

Stay with it, Sarah. You'll get there.

Keep plugging on, you'll get there.

Long days at work, still working on a second draft on the train.

I got off to a very slow start (three days in and my WC was at zero) but I'm running slightly ahead at the moment. I imagine the second week writer's block will be settling in at any time now.

I'm a couple hundred behind as of yesterday, but I'm not worried. I have the weekend to write and I do most of it then. The day job is too exhausting to try and write at night. I worked until 8:30 last night, but still managed an hour of writing. Though I'm completely useless today, my brain is mush. I think I broke it.

I looovvved being in Nano last year, but this year I'll cheer you all on from the sidelines, as I'm trying to get my YA thriller ready for indie pubbing!

Have a fantastic weekend.

You have my permission to completely bag the ridiculous nanowrimo and enjoy the rest of November. I know secretly that this is what you have been waiting for. You're welcome.

I'm slightly ahead of the regular word count-o-meter, but slightly behind my self-imposed word count goals. *sigh* Catching up this weekend though!