In Which We Launch Tangled Tides!!

Yes, I know all us americans are doing either two things right now, recovering from our food comas, or shopping, but other important things are happening on this blackest of fridays...

Karen Amanda Hooper’s young adult novel, TANGLED TIDES, is officially being released into the world today. I’m joining the celebration by fighting in the war--the underwater web war between the sea creatures! 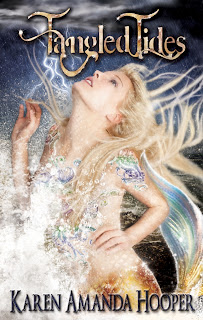 Karen’s story contains battling merfolk, selkies, sirens and gorgons. She says she loves all of them, but she wants everyone else to choose a side, so… 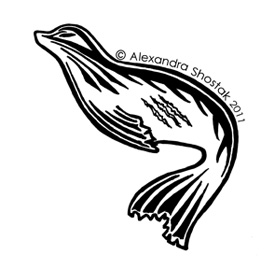 Wanna learn more or join in on the fun? Go check out the details at Karen’s blog.

Karen is giving away a signed copy of her book and some other sea creature themed prizes. To enter, join the underwater web war on Twitter. Tweet which sea creatures you’re rooting for and why. Include the hashtag #TangledTides and you could win.


Karen will be on Twitter all day celebrating and answering questions, so stop by and say hello. @Karen_Hooper

Summary of the story:

Yara Jones doesn’t believe in sea monsters—until she becomes one.

When a hurricane hits her island home and she wakes up with fins, Yara finds herself tangled up in an underwater world of mysterious merfolk and secretive selkies. Both sides believe Yara can save them by fulfilling a broken promise and opening the sealed gateway to their realm, but they are battling over how it should be done. The selkies want to take her life. The merfolk want something far more precious.


Treygan, the stormy-eyed merman who turned Yara mer, will stop at nothing and sacrifice everything to protect his people—until he falls for Yara. The tides turn as Yara fights to save herself, hundreds of sea creatures, and the merman who has her heart. She could lose her soul in the process—or she might open the gateway to a love that’s deeper than the oceans.


Bam! So support Karen! Because she's an awesome chick with an awesome book!

Just came from another site and that person selected merfolk. Don't know the story, so no idea who I'd select.

Go, Sirens! (sorry, Sarah, gotta stick with my team, although I do love the mystery of selkies)
Happy Release Day, Karen!

Yay Karen! I have to stick with my original siren choice, too.

Selkies are getting some serious love today. I think it's a tie between selks and sirens. ;)

Thanks so much for celebrating with me! *hugs*

Cake and mimosas for everyone! Woot!

Sound so cool and I love the book cover.

Karen is such a sweetheart...and her book is poised for great things! :)

That mermaid looks like she's having an orgasm playing in the surf. I know that is not politically correct in any way, however, my opinion has the weight of "expert" upon it.

SIRENS FOR THE WIN! lol