In Which I Fight Passivity

I mean, they can have their place in a piece, but it's hopefully not in a main character role.

My previous WIP, the stalled one, has a passive MC, which is one of the main issues I have with it (well that and I've got too many main characters and little to no character motivation or conflict. Hence why I am no longer a pantser...)

When I'm outlining a piece (which is not so much an outline as it is a list of MCs their conflicts and motivations and then maybe a list of scenes) I try to think of the story arc as 3 disasters and an ending. It's OK if the first disaster comes around due to an environmental issue or something else, but the story and the characters will carry more strength if the following disasters are caused by the MC trying to fix things.

This is something I struggle with, the passive character bit. I like to have things happen to people and typically when I write a story arc, that's what I start with. And then I have to go back and think of ways the MCs can mess things up instead of just waiting around for things to happen. 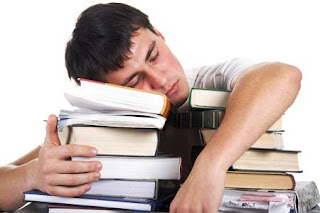 (On a side note, I was looking for a picture regarding passive characters, and at least 25% of the pictures that came up were of Bella Swan.)

Hopefully the passivity is something I can catch before I finish, or better yet even start, the first draft. But if it's not, as long as I'm aware that it's an issue of mine, I can search for passive character moments and scenes and even story arcs during revisions.

Tomorrow, more discussion about characters and ways to interrupt passivity.

So does anyone else struggle with passive characters?

haha Bella Swan! remember when the Oatmeal called her Pants?

I thought I would be the first to comment but usually while I'm thinking up some clever quips, I get shafted!

I don't think I do anymore, mostly because I've broken the urge to write from thirty POVs and narrowed it to the 2 or 3 around whom all action flows.

I do have a bit of a worry about one of my MCs, but I don't really think it's a passivity issue. BORING issue, maybe. But she's not passive.

And in regards to the post below, which for some reason I couldn't access before today, I'm constantly snapping in and out of funks. I can usually break them by forcing myself to some emotional extreme, like getting drunk and watching Closer, or...yeah, I usually just go to the sad extreme. :-)

Anne - i didn't until you just reminded me! HILarious!

Palindrome - you're gonna have to wake up early in the morning to beat Anne. And yeah, i haven't seen much passivity in your writing and for me, it doesn't come out unless i'm writing a novel

Sonshine - I, too, like a few POV, typically 2 MCs and then 2-3 minor characters and an antogonist. Fun! Oooh sad emotional extremes might work. But then it might backfire and i'll be in a funk AND sad... i don't know if i want to take that chance

Bella Swan is very passive. So is the MC of the book I just read, "The Forest of Hands and Teeth." They tell us that we're not supposed to have passive MC, but there are successful books out there that do. hmmmmm.

I think I have a few passive characters but because the others are so active I think it balances out. Now you've made me wonder and I have to go check.

Bella drives me crazy. Do something, already! Don't mope around waiting for something to happen. Grr. (Don't let this happen to your protagonist.)

Most of the photos were of Bella? That is too funny.

My two main characters aren't passive - and least I don't think so! And one seems to excel at causing situations.

I don't think I have a problem with passive characters, but maybe I do. Now you have me paranoid... :)

The MC of my NaNo book is kinda boring right now, but I don't think he's passive. He ends up where he does because of decisions he makes, at least.

Like the sleeping guy on the books. I'll keep that picture in mind as I write today. I don't want my readers to feel that way about my story.

Yep, I have one. (grrr) I'm working on him, though. Gonna light a fire under his butt somehow!

Aubrie - i would say that Bella being a passive characters is one of the detractors of Twilight. It may be a successful book, but that doesn't mean it's perfect

Piedmont - in general as long as the passive character isn't the MC then you're probably OK.

Helen - so true - passive characters are almost always mopey (or at least mine are...)

Alex - if they cause situations, they've got to be active in some way

Teebore - that's what i'll probably end up having to do with my other WIP with passive ass Joachim.

Shannon - thanks! it can indeed (at least for me) - i even come across it when i have well outlined characters. le sigh

It seems like I've been fighting not only passive characters but passive writing as well for as long as I can remember.

And it seems like no matter how hard I try to put that all behind me, it's an ongoing battle. If I don't consciously work at beating the passive back, it just creeps right back in.

Sarahjayne - me too exactly. Even though i planned ahead of time with my WIP to fight the passivity, i still have to go in and fix all the bits that creeped in when i wasn't looking

I had a passive MC in my first novel attempt. Took me a long time to realize what the problem was.

I have passive supporting characters but not MC, at least in mu current WIP.

Roni and Southpaw - i hear that. once i figured out my MC was far too pasive, it was like a lightbulb went on.

I have a very passive character in my WIP. When I first started the novel she was the MC, but the story evolved and deepened (now has 4 POV) and the antagonist turned out to be the MC. Weird. He is most definitely NOT passive, but I cannot shake the girl who was supposed to be the MC into shape. She has become less and less important except for the role she plays in the MC's life.

Oh, they're the worst! We have worked so hard to create strong characters. We avoid Bella like the plague.

In my novel I have a character who is passive at the start. Through the story she grows and changes and by the end she is anything but passive.

I've had a problem with this in the past. If things keep happening to the MC instead of the MC doing things, my MC looks weak, not to mention is boring. I'm working on whipping my characters and WIPs into active shape.

Sonshine - that's kind of what happened in my previous WIP - it's kind of a bitch to decide what to do about it...

L&L - LOL well i'm glad to hear that about Bella

Dominique - go you! Some people, like me, just have to actively fight against passivity